It’s more difficult than you think. And that’s coming from someone who met her goal.

$5,000 may not seem like a lot in the investment world, but for a first time fundraiser, it was daunting. I was one of those kids who shied away from the annual school wrapping paper fundraiser because I didn’t like asking for money. The idea of crowdfunding terrified me, almost to the point where I didn’t pursue my project.

So when I got up the courage to do it, and reached the point where I was happy with my pitch story and video, I studied up on crowdfunding. I read all of the advice columns from people who had successfully met their goals, and tried to follow Indiegogo’s best practice tips for running a solid campaign. Some of the advice worked, others didn’t. Here’s what I learned:

I raised over $1,000 in the first two days of the campaign. It took about three weeks for me to double that, and I definitely saw the most progress during the first week of the campaign. I was floored by the outpouring of support right out of the gate. I had read that it was wise to reach out to people before going live to manufacture your own momentum. But I didn’t do that, and I still had tons of support.

To be honest, even though I had a strong start, I think it needed to be even stronger if I was going to meet my goal with only the support of  my network. Donations really tapered off after the first two weeks of the campaign and I was at a loss for what to do to get the momentum back, knowing only that it would once the campaign was in its final days.

I pursued bigger donations instead. Having early momentum made it a lot easier to pitch my project to sponsors because I could point to the numerous others who had already backed the campaign. Having a successful first week also helped me bring in press.

In the end, what pushed me to the finish line was a big lump sum donation. I brought on a corporate sponsor who pledged to give the rest of the money, moving me from the halfway mark to full funding well before my crowdfunding time ran out. The early momentum helped to show my big sponsor that I was embarking on a project that had captured the attention and interest of others, and that their investment was worthwhile too.

2. You Will Know Most of Your Supporters

When people contribute to your campaign, you receive their email addresses so that you can keep them abreast of project updates and thank them for their support. I think I received only two email addresses that I did not recognize.

The truth is, unless your campaign goes viral, you are going to know most of your supporters. I asked my very first supporter, Charlie O’Leary, what compelled him to contribute.

“I donated because you’re my friend, because I know you do good work, and because the project sounded really fascinating!” said O’Leary, a Notre Dame classmate of mine. “I think I tend only to donate to something if at least two of those things are true – and to be honest, I usually only donate to projects where I have at least met someone directly involved – but also I don’t donate if I don’t also genuinely support the project.”

This is not surprising. Fundraising is about asking people to trust you to make a good investment with their money. Of course they need to know you. No investment in Silicon Valley gets made without a pitch meeting, lots of conversations and courting. People who go the crowd-fund route are just looking for their venture capital in smaller sums.

The challenge that crowdfunding presents is that you are relying on the strength of your network and your idea to be successful. The former has to be nurtured over many years, often before you even conceive your idea.

I tracked where people were before they came to my Indiegogo page. Turns out, I raised more money by reaching out to people in my network through email than I did from any of the social media updates I posted, or even the news stories that went up about my project.

My email approach was simple. I told people about the documentary idea, how much I needed to raise to pursue it, and asked them to share the project with others who might be interested in helping to make it happen, even if they couldn’t donate themselves. I linked to the project and left it at that. It worked. 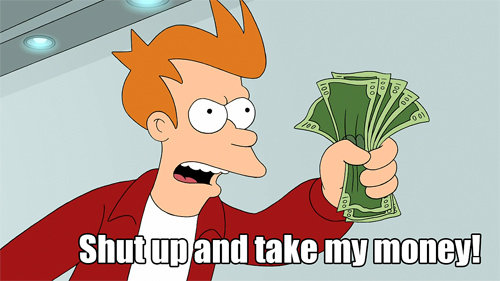 I don’t think that people donated to my campaign at certain levels because they wanted the perk that was offered at that level. But I do think that the perk levels helped people to determine how much they would give.

For instance, the lowest perk was $25. Any donor at $25 would get their name in the credits. I received fewer than 5 donations below that amount. The vast majority of the people I know from school—the people who, like myself, are young and debt-ridden—donated $25. Without that baseline number, I think donations would have varied greatly, and many would have fallen below $25.

The highest perk I offered was at $150. Some family members, mentors and people I know from school who are financially stable donated at that amount. I don’t know if those people would have donated $150, donated less, or donated more if I didn’t have that topline number there. But I do think that people who knew they wanted to give a significant amount gave $150 because it was there to guide them.

But the biggest lesson I learned…

is how lucky I am to have so many people who believe in me. I still can’t believe how much support I received, and how generous people were in their donations to help me reach my goal. Whether they were old acquaintances, longtime friends, family, mentors or colleagues, there was no shortage of people who gave what they could to the campaign and encouraged others to do the same. If what Charlie said does represent the general donor population, as I think it does, then it means that a whole lot of people out there both thought my idea was worthwhile and that I was capable of following through.

Two days until the journey begins, and I’m determined to prove you all right.