And thus I begin. The identity of women has snaked its way into the center of a maddening public debate. Let me be clear: it doesn’t belong there. Who or what women are should not be up for public debate. Nevertheless, I feel compelled to write this blog post and contribute to the conversation to which I so vehemently object because of a delightful little segment that aired recently on MSNBC. 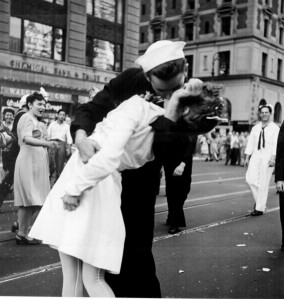 After seeing this conversation between Morning Joe co-host Mika Brzezinski and author Susan Patton, I penned the following email to my parents.

Subject: This makes me so mad.

Body: They basically put a bunch of people who agree with this woman’s nonsense on TV this morning to agree with her! First of all, that’s bad journalism. But second of all, her argument is wrong.
The most important decision a woman makes in her life is not the man she marries. It’s just not. That’s like saying the most important decision a man makes in his life is the woman he marries and no one would ever say that! It’s important but it’s not the most important. A woman’s happiness and life fulfillment can happen without a man. It’s like… what was she doing for the first 20 years of her life before she met the college sweetheart that she marries, Susan??? Rotting away???
A woman will spend far more of her life working than she will with her spouse or family. That’s just fact, unless of course she becomes a stay-at-home mom. It should be equally if not more important for a woman to excel in her job and do well for herself. And then if she’s able to share that life purpose with someone else, great!, but you don’t spend upwards of $200K to go to college to look for a man. Let me give you a bit of financial advice, Susan: Match.com is free.*
Also her entire argument is that if you wait until you’re 30 to figure out who you’re going to marry and have kids with that “it’s too late” because men are only interested in young women. Oh, okay Susan, so it’s the women who are the ones who have to change their behavior to meet a man’s expectations? And are we so prehistoric that we still think women can’t have kids in their 30s?
Enough with this “you need to plan for your happiness, ladies.” Stop planning! Stop stressing young women out that they’re behind on some theoretical life plan! Whatever happened to living life? Did you forget to enjoy it while you were too busy planning?
Also let it be known that she’s full of shit when she argues she’s not privileged. Just because you grew up in a poor household, Susan, doesn’t mean you’re not privileged the rest of your life. Your circumstances changed the day you went to Princeton. Welcome to the privileged class.
Clara
P.S. Thank you for never making me feel like my dreams had to come second to planning for personal happiness, aka marriage. I’m more personally happy unmarried at 22** than I would ever have been had I settled down with someone I met in college.

*I should correct that–my friends inform me that Match.com is not free, but that OK Cupid is. (You can see how much time I am spending worrying about a future husband. Which I guess makes me just like the young women on Morning Joe who are too focused on their careers. Oops.)

I would also like to add to my email the following: Susan Patton is not at all being fair to men. She makes a boatload of assumptions about male behavior toward women that, while are true of some of the male population, do not represent all. In fact, I would argue her assumptions enable the behavior and attitudes some men hold about women by suggesting women conform to it, rather than fight it.

While my objections to Susan Patton’s ideology about women light a fire in my belly–and prompted this post–her letter to Princeton undergraduates isn’t the only spark out there highlighting the strange obsession with–as Sarah Kendzior put it–shoving women into a glass box and watching them struggle.

Facebook COO Sheryl Sandberg has launched her “Ban Bossy” campaign, an effort to change the way women in leadership are perceived. Now, there’s been a ton of backlash from some of my favorite loud-and-proud feminists in the business, including Ann Friedman, who argues that the movement to empower women is at its best when it emphasizes expanding opportunities, not restricting “bad stuff.” (Other writers have argued that the anti-bossy movement is dumb because bossy’s not that bad–I’m not going to spend time on this one because personally, I see it as Sandberg’s euphemism for the real “B” word, which is, in my opinion, the real perception hurdle women in leadership have to overcome.)

About 6 months ago I was asked to submit my own story for the “Ban Bossy” campaign. I was a little embarrassed to say I didn’t have one. I’ve never been called bossy, or the “B” word for that matter (at least not to my face). So instead I wrote a piece of advice for girls who want to be leaders. I wrote that girls should feel okay with being assertive, no matter what they’re called, and that they should lead without making others feel inferior. And what’s funny about what I wrote is that it’s not at all advice for girls: it’s advice for people.

That’s the strange thing about the conversation we’re having about who women are and what women aren’t. We’ve brought this newfangled idea into the 21st century that women can be chicks AND bosses AND they can run for president AND help launch journalism start-ups and it’s all just so confusing because women have so many identities wasn’t this all just easier when they married young, became incubators for babies and were identified as nothing more than Mrs. Joneses?

So here’s where I end up: Susan Patton, women are more than just wives. They’re bosses. They’re soldiers. They’re techies. They’re wives, too. But women can be whoever they want to be. They can be single! And they can be more than one thing! And they can be childless! And they can be lesbians! They shouldn’t have to justify any of those choices–all of which don’t fit into the perfect little box Susan Patton has outlined. It’s time we stop acting like it’s our job as women to tell other women who they are and what they ought to be. Aren’t we frustrated about the men who are doing that? And speaking of men, why are we having a conversation about women in society led solely by women? Where are the men, the 48 percent of our society who we think runs this whole operation anyway?

Our only job as women should be to help those who are struggling to break out of that glass box to get out. And if we ourselves are still in the box, it’s time we all band together to break it.